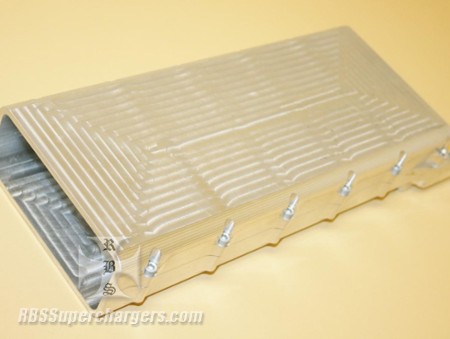 For the racer that runs a PSI screw blower with a burst panel on the back of the blower in a Bonneville streamliner or any other full type body application this burst panel diverter chimney is purpose built so it will not destroy the body panels or blow the entire body off the car when the burst panels let go.

Simple to mount onto the burst panel diverter with four 10/24" bolts which are included. Bolts may have to be trimmed if the stack of panel frames on the rear of the blower vary from what RBS has mocked up.

Chimney measures 12.50" from diverter mating surface to top of chimney, 5.50" x 2.50" wide at the top of the chimney and weights three and half pounds. Chimney is made from two solid pieces of billet alum. bolted together and is CNC master piece.

May We Suggest:
Powered By